The keto diet is extremely popular as a way to lose weight and improve overall health, with keto research strongly supporting these outcomes. Yet, despite that, ketosis is also a controversial approach.

One reason for this is that the diet involves a significant change in the food that is consumed, in order to dramatically lower carbs. To some, the idea seems extreme and can feel like a fad diet.

Likewise, many people feel that the diet would simply be unachievable, especially as it involves giving up common staples, such as bread and pasta.

At the same time, the diet deliberately induces a state of ketosis, where the body starts to rely on fat rather than carbs as a source of energy. This state has known benefits for some health conditions, particularly epilepsy. Nevertheless, the long-term impacts are much less understood – and some people fear the concept simply because it is unknown.

Now, there have been countless posts that look at understanding the ketosis diet and the various benefits that it brings, including this powerful post from Dr. Axe and this list of benefitsfrom Alex Fergus.

But, research is a constantly changing field and new studies are regularly being released. Many of these newer studies haven’t been featured in many articles and may shed new light on ketosis and its implications for health.

In this post, we’re taking a look at 2017 keto diet research, with an emphasis on experimental human studies that look at weight loss and/or health parameters. These recent studies highlight just how relevant keto is for health and help show why the diet continues to be popular.

The research studies below consider a keto diet in a general sense. This includes considering the theory behind the approach and not focusing on calorie control. As a result, the keto approaches discussed in these studies are fairly similar to how a keto diet is typically practiced. 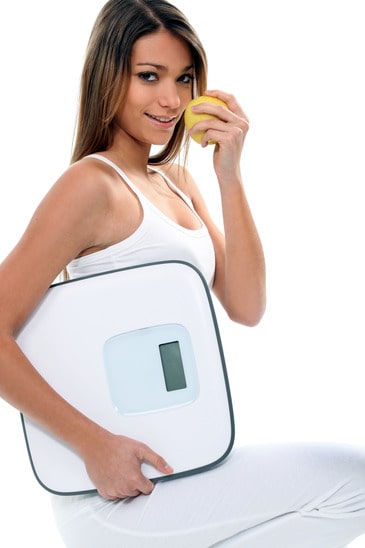 In this study, the authors looked at ‘before and after’ outcomes for 42 individuals on a ketosis diet. The participants followed the ketosis diet for 6 weeks as part of the research and were given significant prior instruction about what was involved by a dietitian.

Compliance with the diet was monitored using food records and by testing urinary ketones each day. Those measurements showed that compliance was high across the participants, with urinary ketosis being present in 97% of the tests.

Participants experienced significant weight loss across the six weeks, along with significant decrease in glucose and insulin levels.

However, there were some less encouraging results as well, including a slight negative impact on physical performance and cholesterol.

Nevertheless, the authors felt that the negative impacts were not strong enough to affect physical fitness or daily activities. As a result, the authors suggested that ketosis may not be a suitable approach for athletes.

Still, it is worth mentioning that athletes can follow a ketosis diet – they just have additional areas to consider. This is an area that various authors have covered in depth, such as the site Nourish Balance Thrive, which offers an Ironman Guide to Ketosis.

A ketosis diet can significantly promote weight loss and some improved health measures, although competitive athletes may need to monitor their performance

This study compared two different approaches for overweight participants with type 2 diabetes. These interventions were provided online and were followed for 32 weeks.

A ketosis diet was one of those approaches, with an online diet program being the other. The diet program used was based on the Create Your Plate recommendations from the American Diabetes Association.

After the 32 weeks, the ketosis group saw significantly greater improvements in weight loss and in glycemic control. For example, 90% of the ketosis participants lost 5% or more of their body weight, while only 29% of the other group did. 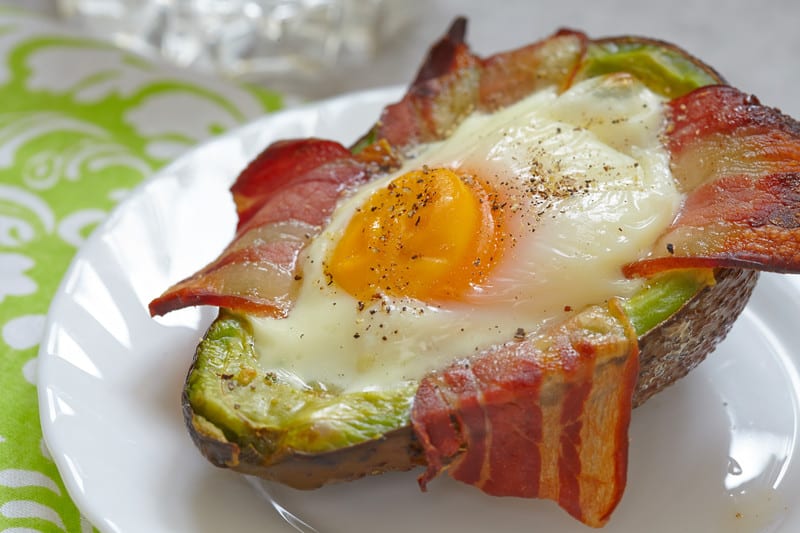 This paper is more theory-based and focuses on the way that some studies have found low-fat high-carb diets to be more effective for weight loss, while many others have suggested the reverse.

As the authors point out, there is now considerable research that decreasing carbs, while raising fat and protein can significantly help with health and weight loss.

In this piece, the authors suggest that contradictory research is the result of individual and population variations, especially in relation to glucose mechanism. For example, prediabetic and diabetic patients tend to respond extremely well to a low-carb diet (including ketosis), while people with normal glycemic responses may not see the same advantages.

This reinforces the idea of personalized nutrition, suggesting that it is critical to pay close attention to the way that your body responds.

Want to Improve Your Health?

Getting the best outcomes involves making good choices about the food and the ingredients that you use.

Check Out My Recommendations 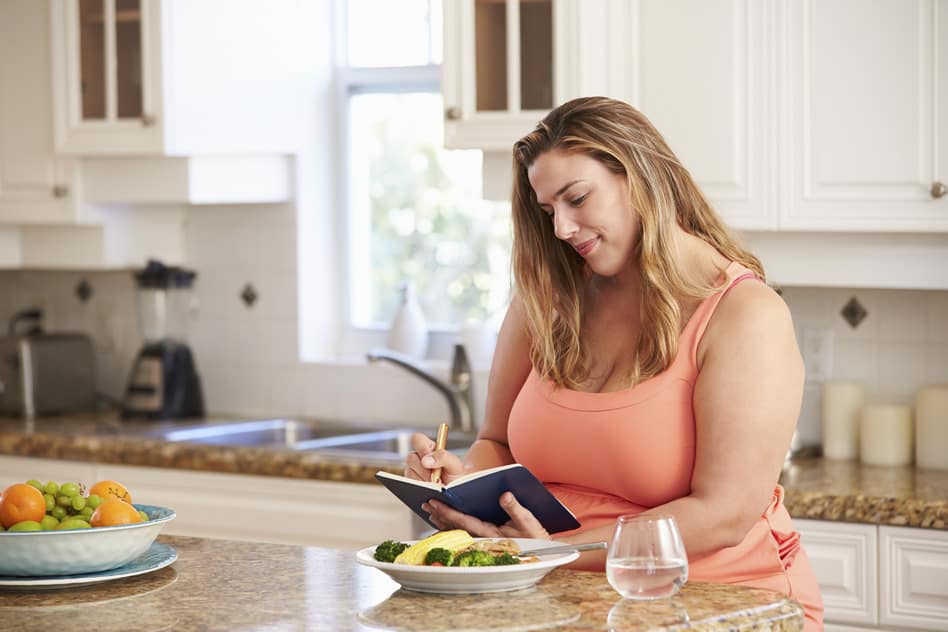 Instead, the emphasis is on achieving a suitable macronutrient profile. Tools like the Ketogenic Calculator from ruled.me are powerful ways to do so.

Even without monitoring calories, keto tends to be effective for weight loss.

The process of ketosis is one reason for this but people also find that they’re frequently decreasing their calorie intake without meaning to, as many keto foods are filling (including options like fat bombs).

But, much of the research on keto dieting has specifically looked at versions of ketosis that involve calorie restriction. This includes studies on very low calorie approaches.

Typically, the term very low calorie diet (VLCD) is used to describe diets with less than 800 calories per day (1). Because calorie intake is so heavily restricted, this type of diet often strongly relies on commercial formulas, such as protein shakes.

A very low calorie diet can be effective for weight loss, regardless of whether you follow a keto variation or a regular one. Nevertheless, the diet typically isn’t sustainable in the long-term, meaning that people need a healthy lifestyle to transition to afterward.

Even with that limitation, research into very low calorie ketosis diets offers considerable insight into ketosis diets overall. Furthermore, some people may choose to follow this type of diet to lose weight initially and then transition to a version of ketosis that is not calorie controlled. 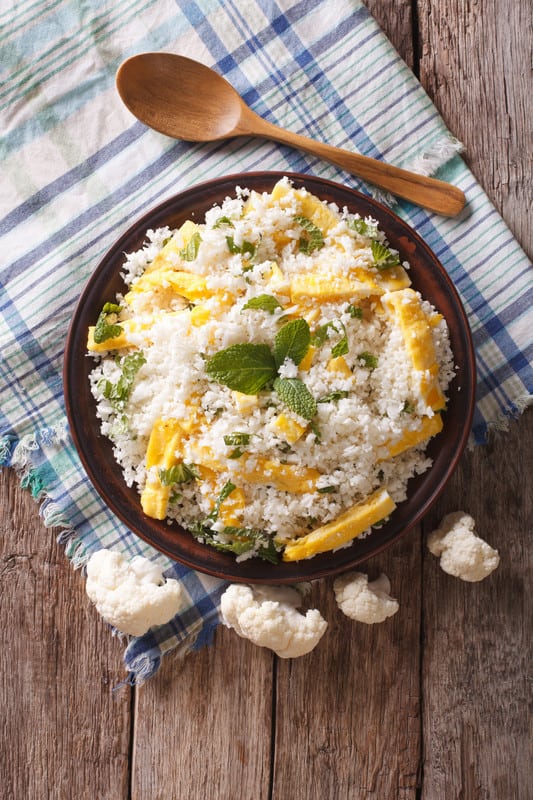 This small-scale study looked at the health implications of a very low calorie ketogenic diet on body composition. In this case, the specific diet was the PnK method, which is a ketosis approach that includes both nutrition and behavioral changes.

The diet was followed by 20 obese patients for 4 months and body composition was measured in three different ways.

At the end of that period, participants lost significant weight, mostly in the form of fat. Additionally, muscle strength and mass were maintained.

However, there was no control group in the study and there were only 20 participants. As such, it is isn’t possible to know how this approach compares to other diets, including a more typical ketosis diet.

Nevertheless, the outcomes are positive, especially as 4 months is a relatively long duration for any experimental nutrition study.

This study also considered a very low calorie ketosis diet, although there were some key differences. In this case, the authors were primarily interested in the impacts of this type of diet where 50% of the protein intake was given as synthetic amino acids.

At the same time, the authors looked at three different very low calorie ketogenic diets (VLCKD), with the macronutrient distributions given below. In all cases, the diets aimed for 450–500 calories/day for females and 650–700 calories/day for males. They were all followed for 21 days. 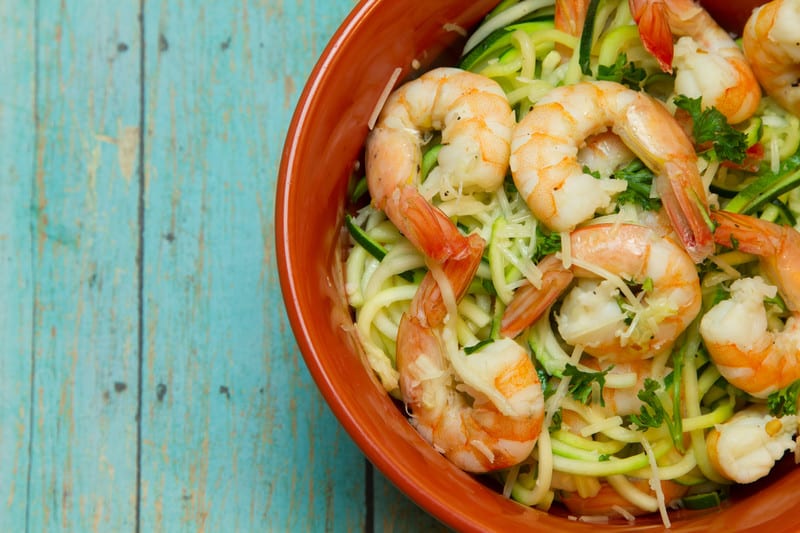 There were other small differences between the diets but the macronutrient profiles represent the most dramatic variations.

Of these three, VLCKD1 was the experimental group, where participants were provided with an amino acid supplement.

The other two were both control groups and received a placebo instead.

All of the three variations resulted in a significant decrease in BMI. There were also some changes that were specific to the variations.

The end result is that with or without an amino acid supplement, the tested diets improved a range of health markers and weight loss – potentially reducing disease risk. 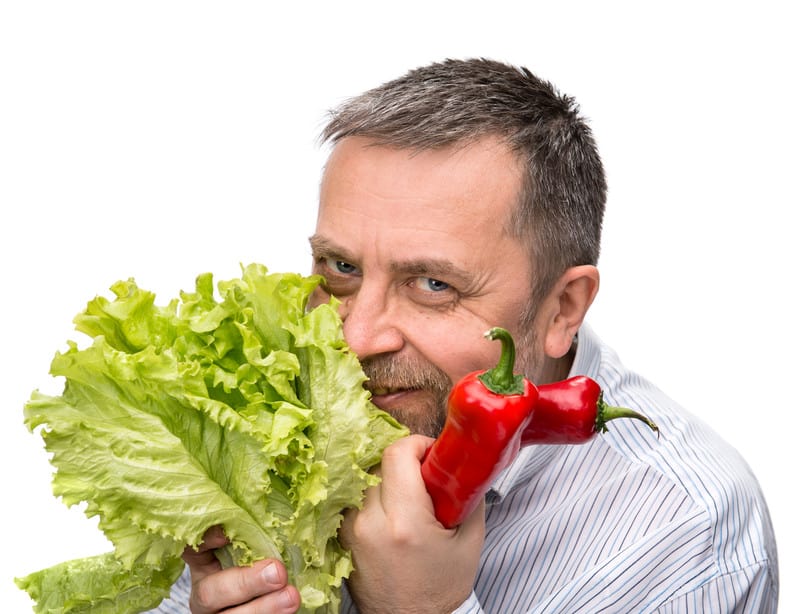 This paper was an extension of the previous example, using the same data set. As a result, the experimental processes were also the same.

The main difference between the two is in the outcomes focused on. In this case, the authors were interested in the safety of the keto diet.

Overall, the authors found that the diets did not harm nutritional state and did not cause any significant negative impacts on health and nutrition markers, such as lipid profile and bone mineral content.

Nevertheless, the study was relatively short-term, with participants only following the diet for 21 days. As such, it does not show safety for following a keto diet in the long-term. 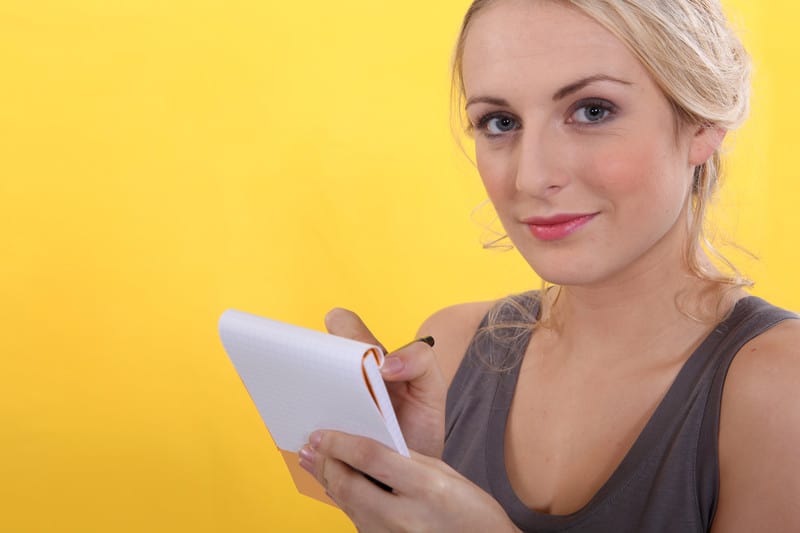 This study focused on appetite changes during a keto diet and the implications for weight loss. The research involved 31 obese sedentary adults who then followed a very low energy ketogenic diet.

In this case, it isn’t clear what the precise energy intake was for the diet but it is likely to be lower than what many keto advocates follow.

The researchers found that hunger significantly increased by day 3 of the diet and at 5% weight loss, resulting in a higher desire to eat. This higher desire was present for as much as three weeks.

After that initial period, weight loss of 10% to 17% was not associated with increased hunger. However, this was only the case if participants remained in ketosis. If they refed with carbs, appetite was again increased.

A low energy keto diet increases hunger initially but this increase is not sustained. Instead, hunger returns to normal levels after around 3 weeks 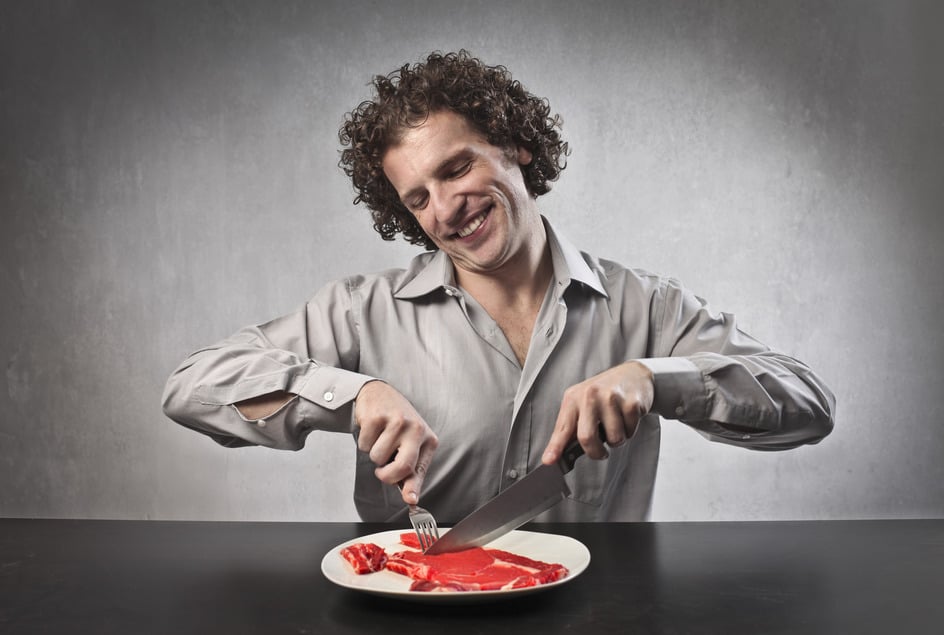 All of these studies add to the growing evidence base for ketosis. It’s clear that a ketosis diet can promote weight loss and improved health outcomes, even in a very low calorie form. What’s more, these studies show that the diet is safe in the short-term, with none of them reporting significant issues.

One other thing to mention is that nutrition research is difficult and it can’t ever be perfect.

Researchers have no way of completely controlling what individuals eat. Furthermore, people tend to lie, omit or exaggerate (often unintentionally) when reporting what they ate and when (2,3).

In fact, this issue is so significant that some researchers say that relying on self-reported data is pretty much worthless (4). The problem is that much of the information we have comes from that type of data.

There are also differences between individuals, including the way that they respond to food. This means that even an experimental study may not provide an answer that applies to everyone.

The end result is that for diets, health and weight loss – the research is best considered a guide, not a final answer. Instead, people need to try different diet and lifestyle changes to work out which ones suit their own needs the best.

For many, a keto diet is the answer and it is certainly worth trying. After all, there are many different keto cookbooks out there and no shortage of amazing recipes (including keto fat bombs and keto desserts).

You can also turn to a keto shopping list to work out the foods you need to get started, along with lists of foods you can eat on ketosis. Likewise, there are various tips for how to get into ketosis fast and signs to monitor when you are in ketosis.

There are also some amazingly supportive keto communities out there, including Reddit threads, Facebook groups, forums (like the one at ruled.me) and many other examples. These communities can be a great way to learn more about the keto diet and to get advice along the way.

And, at the end of the day, if ketosis isn’t for you, that’s okay too. But, there is more than enough research out there that shows it is both safe and powerful, regardless of whether you want to lose weight or improve your health.